Where have I been? I wrote a poem about exhaustion a while back, so there’s a hint. But life’s back on track, and I’m feeling more like a functioning human being and less like Jack Torrance. My wife, that beacon of sanity, and a glass of wine at the end of many difficult days kept me in the straights and narrows, and sheer dogged perseverance made up the rest. That’s not to say there has been nothing to write about, but all of it was reactive spleen venting, and maybe it was good that nothing made it to the page because who wants to read bile anyway.

So I came here today with an idea for a poem, but other than one faintly Homeric simile, the remaining words dispersed like bees sallying from some hollow cave, so to speak.  Now if you’re a artful pretender like me, you accept that shit happens sometimes; no matter how you heat it, fold it and beat it flat, all the wordsmithing fails to add temper and the product remains the literary equivalent of pig-iron, unfit for purpose. So instead of writing I’ve been reading, and because I’m preparing for a second foray into the Tasmanian wilderness this June, my reading has focused on the exploits, both real and imagined, of other hikers.

Case in point — you’ll probably recognise the name Cheryl Strayed. She walked a fraction of the Pacific Crest Trail in 1995 and (17 years later) wrote a memoir, ‘Wild: From Lost to Found on the Pacific Crest Trail’ which, with the help of Oprah Winfrey and Reese Witherspoon, turned Strayed into ‘the woman she knew she could become’ unquote.  Rich ‘n’ famous, in the inimitable, unimaginative, paradigmatic American-Dream way.  I read Wild in a day or thereabouts, then segued immediately to Sara Marquis ‘Sauvage par Nature‘ (‘Wild by Nature‘) which, by sharp and significant contrast, debuted without celebrity fanfare and swiftly foundered. I finished that in a couple of days then paused. Why was my reaction to Strayed so different to Marquis?

After all, Strayed tells a ho-hum story of mild physical adversity overshadowed by infantile raging at her mother’s death, with careful morsels dramatising her descent into drugs and promiscuity. Hmm, naughty! By comparison, Marquis faced extraordinary physical adversity which, like the Swiss walking-machine she is, was overshadowed by absolutely bloody nothing. If one can be criticised for the self-reflective maunderings, the other ought to be critiqued for reading a shipping-manifest. Marquis’ three-year 12,000 mile trek literally makes Strayed’s little stroll seem like a walk in the park, but what elevates the latter is exactly what dooms the former: Strayed can write, damn her, and poor, brave Sara Marquis cannot. All she can do, is walk, walk, hide, walk. 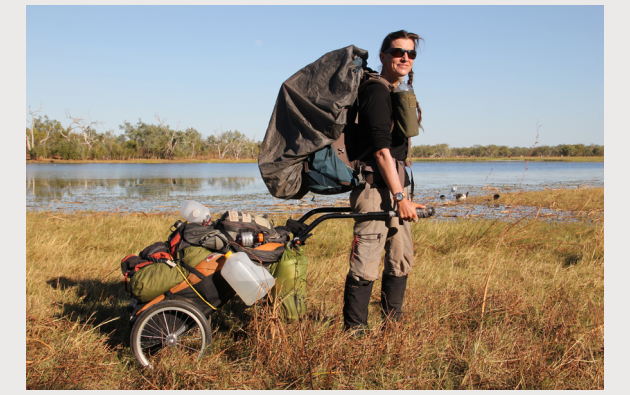 Why does Marquis fail as a writer where Strayed succeeds? Because her narrator is dull. Not because she’s doing uninteresting things, but because she can’t write interestingly. It’s totally unfair, because Sara Marquis is the real deal, whereas Strayed is a housewife from Oregon who did exactly one crazy thing in her entire life — but she can write, damn her, and we are comparing books, not backpacks. Cheryl Strayed, for all the chapter-skipping tedium of her overwrought grieving for mummy, is a girl you might like to have a coffee with and talk random hiking related shit. Marquis should have hit National Geographic up for a camera-crew, because her trans-global epic was made for iMax. 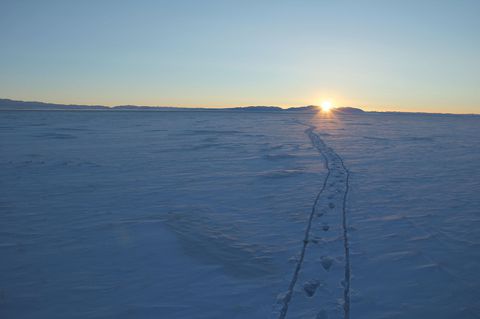 I have no sympathy for Strayed, who made bedroom-eyes at every dumbass male she met, manipulating everyone on the trail for free meals, transport, etc. and gloating about it. Made me want to puke. Marquis, genuinely fearing rape at every turn, disguised herself as a man and actively hid from human contact for three years. Strayed the extrovert wrote an eminently readable story about nothing much, whereas Marquis the introvert, unfortunately, was so fearful of humans that she stops being one.