Sherri Papini was allegedly abducted while jogging near her home in Redding, California, on 2 November. After failing to pick up her kids from day-care, she was reported missing by husband Keith, who was later cleared of suspicion following a polygraph test. A search commenced, with an anonymous donor offering $50K for her safe return on the 18 November. On the 22 November a witness believes she saw Papini with two men at a rest stop in Redding only a short distance from her home, seated in a dark SUV. This sighting has been rejected by investigators, but we don’t know why. The next day, the anonymous donor withdrew the ransom offer and substituted a $100K reward for information. Two days later, Sherri flags down a car from the side of a highway near Sacramento, 140 miles from home, where she alleges she’d been dumped by two Hispanic women with a handgun driving a dark SUV. Papini was found with a bag over her head, chained at the waist and wrists, emaciated (weighing only 39kg), covered in bruises, burns, rashes and chain marks, and branded with some kind of ‘message’ the exact nature of which has not yet been revealed.

Call me skeptical, but if you dig into the guts of this story and the controversy that surrounds it, you’d be excused for thinking that the ‘message’ branded onto Papini’s body may well have been a swastika, because Papini’s situation has that white-supremacist stink about it. Many have questioned whether this is nothing more than a cynical stunt to inflame racial tensions. Sherri Papini — poster-child for the deplorables — the rallying point for a resurgent white nationalist movement, with a history of conflict involving Hispanic females if you accept the provenance of a 2003 racist rant by ‘Sherri Graeff-Papini’. Then there are the tales of a fake kidnapping she staged in 2006, suspicion around the GofundMe account raised $50K for her family to assist with the search, and other conspiracy theories. I would also tend to add to that pile the likelihood that she is probably also a masochist.

What? A masochist?  Let me tease you along a little with this. Her Pinterest page includes a couple of odd boards that put her psychology into a curious light. On the ‘one tough mama!‘ board she fetishises her ability to withstand certain types of pain (in this case, childbirth) to an almost transcendent level. On the ‘cultural differences‘ board she promotes her views on white nationalism, lending support to the ‘whitelash’ myth. Combine that with her fascination for handguns and an unhealthy dose of narcissism, and what emerges?  Maybe nothing, but maybe a woman who would be prepared to suffer on behalf of all the other poor oppressed Aryans, robbed of their birthright by those damned minorities.

Or do we have this all ass-about?  Maybe the Papini case is just another example of victim-shaming, and this poor woman was abducted, beaten, humiliated, starved, branded and dumped on the roadside just like she says. 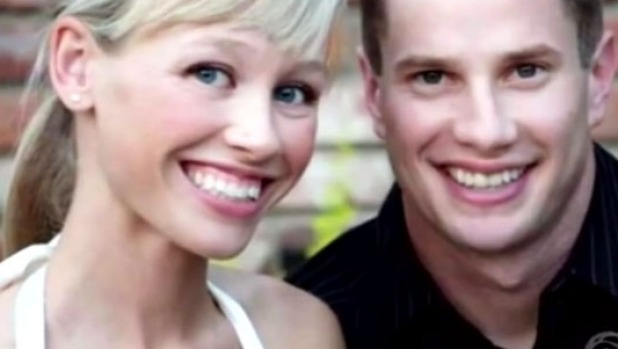 But there are a couple of reasons why this doesn’t appeal to logic. Even on the scant facts released so far, we can progress down the investigative trail far enough to draw some conclusions. Firstly, she was either targeted or she was not. If she was a random victim then she would be dead (let’s face it) and I don’t even need to check California’s crime stats to know this would be true. Why leave a victim alive to tell her tale to the authorities? It makes no sense. Mind you, it would be a vastly different story if she’d escaped on her own, stumbling through the woods, but that’s not the case.

If she really was abducted, then I believe she was targeted by someone who knows her — more to the point, she was abducted by someone who hates her. Why? Because her hair was cut, ladies and gentlemen. Exhibit one: the hair cutting serves no purpose except to humiliate and emotionally degrade her. Check her Pinterest boards again, and tell me that Mrs Papini isn’t a vain young woman — hairstyle boards, fashion boards, makeup boards — cut off her prized blonde locks, and maybe a facial scar for good measure. While Papini’s account of two Hispanic females raised enormous doubt (purely on the unimaginative basis that such a scenario is filled with statistical improbabilities) the torture of her is very female. While a male abductor would probably sexually assault and murder her, a female might be more motivated to let her live so that she can suffer for the rest of her life. My theory (if she was abducted) is that there was a female antagonist with a personal grudge, and her motive was revenge.

But I’m not convinced that she was snatched.  Not for revenge nor profit. No monies were demanded, so it wasn’t a ransom abduction. She wasn’t sexually assaulted (as far as we know) so it wasn’t a rape abduction. You don’t grab somebody, work them over, then dump them on a roadside where you know they’ll be discovered. Not with the plethora of physical and forensic evidence her body, her injuries, her eyewitness account, her chains and the clues inherent in her torture would feed the authorities. That would be stupid; and while you can’t discount stupidity, even stupid people have seem at least one episode of CSI. It would almost be easier, logistically, to fake it. No struggle, no screams, a compliant ‘victim’ eager to take a careful beating if it advances the cause.

And just on that, while we’re talking about motives let’s never forget the oldest of them all. Exhibit Two — the husband’s titillating media release, describing the as-yet unpublished images of his poor wife that every media outlet in the US are foaming at the mouth to pay $$$ to get first. Then will come the exclusive interview, the book deal, the movie rights. and if I am not mistaken, it will be Papini in a bikini on the cover of GQ, Esquire and Maxim before the end of 2017.  I wonder if the cops did a basic financial profile on the couple before she was found?

Call me cynical, but isn’t this the world we live in now?