‘Goodbye World’ directed by Denis Henry Hennelly is ball-suckingly bad.  You may as well stop reading now, because the rest of this post is nothing more than an exercise in synonymy for those new to English who need to hear stuff several times before they understand.  If a friend invites you over to watch this movie, then they are no friend of yours.  Under no circumstances buy this movie, unless you are compiling a list of the ten worst post-apocalypse movies of all time, or the world has in fact ended and you are looking for things to burn. 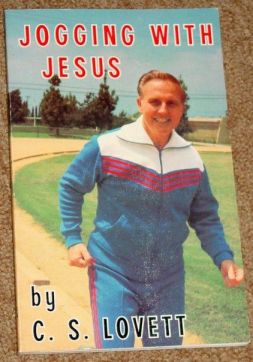 Everything about this film bites ass except Caroline Dhavernas, who is dead to me here anyway because her character apparently loves Jesus.  She could have redeemed herself by taking her clothes off, but no, she goes jogging instead, which is apparently what all sane Christians do when the end of the world is nigh.

Somehow this film has stayed off my radar since 2013, and I should be thankful for that because in the last two years I’ve enjoyed some fairly good post-apocalyptic cinema (PAC) including a couple of Aussie contenders in ‘These Final Hours’ (2013) and ‘The Rover’ (2014) and maybe even ‘Mad Max: Fury Road’ (2015) but only because of Charlize.  My turd-o-meter should have gone off the moment I saw Benjamin McKenzie (of ‘The O.C.’ fame) among the credits, but it didn’t.  Perhaps I am losing my edge, or maybe I am honing it:  watching a bevvy of beautiful young Americans living in some fictive Californian Eden getting stoned, quaffing endless bottles of merlot and indulging in preppy intellectual frottage about their pubic hair doesn’t really work for me.  The scriptwriter needs a solid uppercut, and some lessons:

By the end of the movie I was genuinely hoping they would all die.  Maybe I say that more often than normal people do, but this time I actually mean it!  But no.  Instead, they join hands with the neighbours and form an agricultural productive cooperative of member-farmers living out some bogus agrarian utopia that is one kumbaya short of an orange-people commune.  The only thing missing was the sight of a pubescent Mary Ingalls running through a field of poppies waving to John-boy sitting dolefully at his window like some Depression-era loser, when any red-blooded country boy would have been chasing that Ingalls hussy through the long grass and grabbing her by the hair.  Which of course takes me back to the hot-tub scene.

Anyway, I waited and waited for a large host of the shambling undead to stagger hungrily out of the woods and take a bite out of somebody, preferably the little girl who kept screaming ‘Bubbles! Bubbles!’ every sixty seconds, but no.  I waited and waited for something interesting to actually happen, but no.  I would have settled for their hair getting dirty, or some sign that their clothes needed laundering, instead it was just more smoking weed, more drinking wine, and more self-absorbed whining.  But hey, no matter, because apparently all that’s needed to signify the End of Days is losing the signal on your phone.  That was ninety-nine minutes of my life that I’ll never get back.