I’ve written about ideas, and how you should grab the good ones as they fly past you, bewinged courtesy of, for example, this freak cyclone bearing down on the South Australian coast which is about to sharknado my mother-in-law’s house at Victor Harbour. That, for example, is an idea dripping with potential. How my mother in law would polite-to-death all those crazy fish. But what I’m writing about today, on the other hand, is maybe not such a good idea to grab, if only for the fact it is a prickly subject for some.

However (to continue the gratuitous and, let face it, limited relevance of the sharknado references) instead of ‘Retailers report frenzied sales of chainsaws ahead of freak storm’ we have ‘Monster truck driver Rhianna Buchanan ‘taking it to the boys’ after stunt driving career’. In a nutshell, apparently there’s this girl, see, in Queensland who can, like, drive really big trucks! And she’s pretty! And she’s a girl! And she’s pretty!! 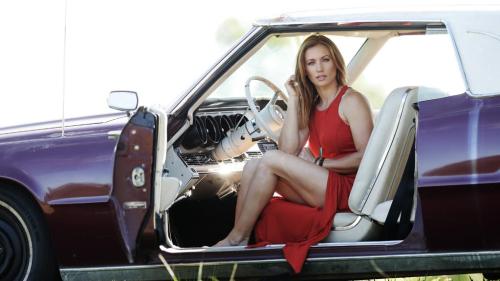 This would not rate a mention, full stop, if it were not positioned in my feed right next to an article about angry fat chick Clementine Ford, spruiking her book ‘Fight Like A Girl’. I was grateful for this article (until I began reading it) because it finally explains her otherwise irrelevant aggressive/provocative behaviours this past year or so. Nothing more than self-promotion. Ah, we get it now = you want to sell your book! In a nutshell, there’s a girl, see, on the web who is, like, really angry! And she doesn’t care if she’s not pretty! And don’t you dare call her fat! And she doesn’t give an expletive for men or what they think! So there! (insert obligatory girl-power/lesbian-fisting image here).

The girl who would drive a truck next to the girl who doesn’t give a fu*ck. ‘Beauty and the Beast’ some awful bastard might snigger, but while the patriarchy would surely love to see the two of them in a wading pool filled with jelly fighting it out to the death, I’m not confident that Clem is willing to perform such a demeaning act just to please the lascivious male gaze. There would have to be another, better, reason for jelly wresting. That said, I reckon Rhianna would do it! She’s a girl! And she rides motorbikes! And she’s pretty!

But let’s be clear: I like Clementine Ford. I admire her. She’s a bridgeburner, and that takes huge (female equivalent) cojones. At her book-thing there were, by her own count, maybe five men in the audience. Just five sympathetic men looking to help. Clem cries, to rapturous applause, I don’t give a fu*k what men think! So while the girls in the audience are recovering from all that ROFL’ing to hold aloft copies of ‘Fight Like A Girl’ and sing ‘Flawless’ by sister-feminist Beyonce, I wonder what the guys were doing. I hope at least one of them had the cojones to set Clem’s book alight and watch it burn for a while before hauling out his oppressor’s schlong and pissing out the flames. Clementine Ford = totalitarian psychopath? Hardly. But she does have a revolutionary agenda.

Clem likes to pretend publicly that she’s a feminist warrior and that all the disparaging comments she eagerly solicits are insufficient to penetrate her thick hide. I hope she’s right, because I’m enjoying all the confused brawling: she’s got her gloves on and is looking around for men to punch, having failed to notice that most of her opponents are in fact other women. The Rhianna Buchanan’s of the world, peddling prettiness for profit, are lacing on their own gloves. So maybe we get that jelly-wrestle after all! Yay! Of course, it will have to be on Clem’s terms; you know, the jelly would have to be made from kosher pasture-raised gelatin with a herbal infusion of fenugreek seeds, agrimony and horehound. But then? Ding-ding!

So I wonder who will win. I suspect the feminists will always be sidelined, always angry, always dissatisfied, while in the mainstream we’ll keep getting the ex-model monster truck driving stunt women who understand that prettiness is a commodity, intelligence is optional, and virtue an anachronism. It’s not fair, but that was never mentioned in the contract you inadvertently signed when your crawled out, mewling and unhappy, into the sunlight. I like Clementine Ford, she’s brave. But we’re not stupid either. She’s like every other person, cisgendered or otherwise, she wants her fuc*load of diamonds, and if she’s going to come out swinging, she’d better be able to take a punch.