I need to visualise my characters, and part of that means giving them faces. It’s one of the not-writing-but-almost things I do to get me over a hump, like drawing maps when you should be writing your fantasy epic.  Plus, it’s fun. Because of my own roots and the fact I’ve set it in the northern US states, I troll through Scandinavian actors looking for a hard faced skådespelare to play Detective Alison Branch, or a gruff but vulnerable Norwegian who resembles Lloyd Hansaker.  But I do that knowing it’s counter-intuitive, because every one of us visualises a different Lisbeth Salander, for example. 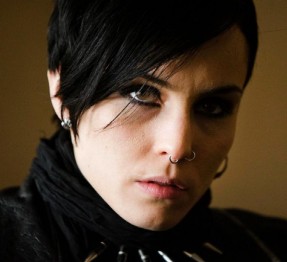 So here’s a question.  Actors play a role.  They pretend to be someone on the basis of a script, cinematic direction, and whatever they personally bring to the mix.  The last part is why actors get typecast.  Jason Statham will never tread the boards in the round, for example, and it’s why Marky Mark Wahlberg sucked in The Lovely Bones.  Tom Cruise as Jack Reacher?  Puh-leeze. Actors play a role but your characters don’t.  They’re meant to be real, aren’t they?  You have to convince the reader that they live and breath.

Q: how many actual living, breathing PEOPLE do you know that are real?

A: all of them, obviously!

B: some of them, I mean, there’s that guy at work who pretends to be uptight but is always staring at my bewbs …

C: OMG!  They’re all fake!  They’ve all been bred in clone-vats or body-snatched by aliens!  It’s the only rational explanation for why they’re such assholes …

Consider the irrepressible class clown, the midget with the big personality, the ultra-camp gay workmate — all stereotypes, sure, but so familiar.  So like real people we all know.  Is that all there is to them?  Surely not.  So what are they hiding?  In life you accept them as they are because you have no choice.  Your reaction is that you either like them or you don’t.  If you met them in a book you’d throw it down in disgust, screeching “one-dimensional characterisation!” But what then?  You can sit in the corner nursing your copy of Moby Dick, or get back to plotting your ascendance to the Iron Throne with Petyr Baelish.  How many of you would keep reading? 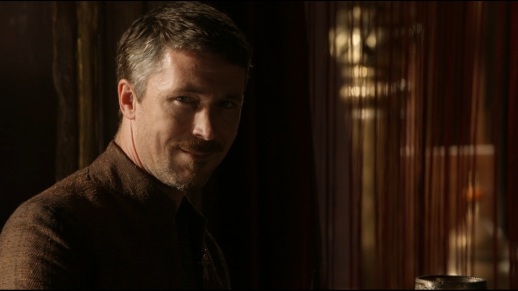 So why our mixed reaction to stereotypes?  I’ll go out on a limb here and say that they’re not always bad, and that for many people being a familiar ‘type’ of person in real life is comforting.  You can role-play your way through life and people will leave you alone.  She’s a health nut, that’s why she won’t eat any cake.  He’s just a harmless nerd, don’t bother inviting him out.  Look at Nora No-Friends over there, ha! what a loser.

But that’s in real life, not books.  Nora’s real-life husband may be the only one who ‘gets’ her, and that could be all Nora wants — what Bruce Springsteen sang about in ‘Secret Garden’, for example.  Stereotyping is the literary equivalent of tidal lock, which only lets us see the bright side of the moon.  Tidal lock should be a conscious writerly decision, never an accident.  Leaving a character obscured might be intriguing or disturbing, and that’s okay, but it might also be boring.  You want to avoid boring, if you can!  You want to tantalise a reader enough to be so hungry they’ll fill in the blanks with their own imagination.  That (to paraphrase the Master of Coin), ladies and gentlemen, that is everything.